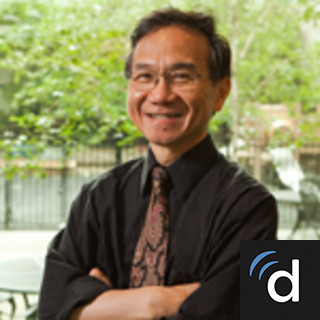 Nai-Kong V. Cheung is a pediatric oncologist and cancer researcher at Memorial Sloan Kettering Cancer Center (MSK) in New York, specializing in immunologic approaches for diagnosing and treating pediatric cancers. He received from Harvard Medical School his MD degree, as well as PhD degree in immunology, where he studied suppressor T cells and B cell tolerance under the mentorship of Dr. Baruj Benacerraf, the 1980 Nobel laureate in Medicine. Upon completing his pediatric training in Pediatrics and Pediatric Hematology/Oncology at Stanford University Medical Center, he has devoted his entire career to translational science, with a clinical focus on neuro-blastoma, and a research focus on antibody-based therapies. Over three decades at MSK, he has developed from bench to the bedside several monoclonal antibodies, including 3F8 and its humanized form (hu3F8, Naxitamab) specific for ganglioside GD2, and 8H9 (Omburtamab) specific for B7-H3. For high-risk metastatic neuroblastoma, patient survival has steadily improved as 3F8 was successfully applied to eradicate bone marrow metastases, and 8H9 to salvage CNS relapse. Naxitamab received FDA breakthrough therapy designation (BTD) in 2017 while Omburtamab (Burtomab) received BTD in 2018. Both drugs have been licensed to Y-mabs Inc. for further clinical development. He has developed immunocytology and molecular methods to measure minimal residual disease in neuroblastoma, which also serve as tools to evaluate adjuvant antibody-based strategies. In recent years, he has focused his lab on humanization, target discovery, novel antibody platforms to redirect T cells or radioisotopes, and antibody vaccines for curative applications in the clinic. He has filed a total of 35 patents (either approved or pending approval) and assembled a highly coordinated translational team made up of PhD researchers, MDs, and nurses to bring antibody-based biologics from blueprint to the bedside in accelerated timelines for orphan diseases.