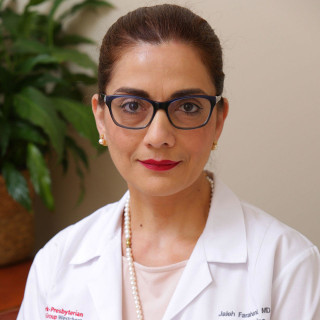 Dr. Masoumeh Hassaninejad-Farahani is an internist in Mount Vernon, NY and is affiliated with multiple hospitals in the area, including New York-Presbyterian Hospital, Burke Rehabilitation Hospital, and NewYork-Presbyterian/Lawrence Hospital. She received her medical degree from Tehran University of Medical Sciences School of Medicine and has been in practice 29 years. Dr. Hassaninejad-Farahani accepts several types of health insurance, listed below. She is one of 139 doctors at Burke Rehabilitation Hospital and one of 130 doctors at NewYork-Presbyterian/Lawrence Hospital who specialize in Internal Medicine.