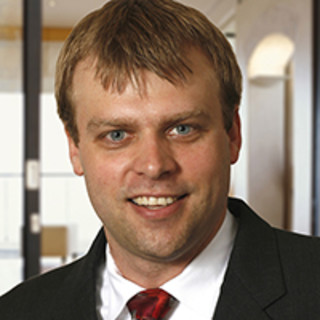 Dr. Perry is an Associate Professor of Surgery in the Division of General and Gastrointestinal Surgery at The Ohio State University. He completed his undergraduate education at the University of Michigan and earned a Bachelor of Arts degree in Psychology in 1998. He then attended the Temple University School of Medicine and completed his medical degree in 2002. That year, he began his general surgery training in the Rush University/Cook County Hospital Integrated Surgical Residency Program. He completed this program in 2007 and then served as a Minimally Invasive and Esophageal surgery fellow under the mentorship of John Hunter and Brett Sheppard from 2007 to 2009.
Upon completion of his fellowship in 2009, Dr. Perry joined the faculty of The Ohio State University and has developed a clinical and research practice focused on benign and malignant esophageal disease. He has authored and co-authored 59 peer-reviewed publications and 16 book chapters to date. Results of his research efforts have been presented at regional and national meetings, and he is currently involved in several clinical trials through the James Comprehensive Cancer Center and the OSU Center for Minimally Invasive Surgery. He has also received grant funding for research and training grants from foundation and industry sources.
Currently, he participates in medical student, resident, and continuing medical education through the Department of Surgery, the Center for Minimally Invasive Surgery, and the Society of American Gastrointestinal and Endoscopic Surgeons. In 2011, he became a fellow of the American College of Surgeons, and is an active member of the Society of American Gastrointestinal and Endoscopic Surgeons, the Society of Surgeons of the Alimentary Tract, the Society of University Surgeons, and the Columbus Surgical Society.