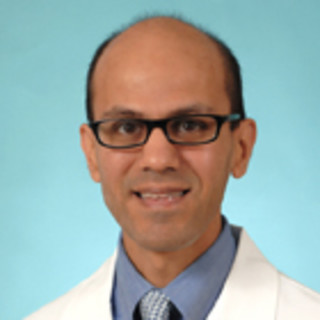 Dr. Sam Bhayani is an urologist in Saint Louis, MO and is affiliated with multiple hospitals in the area, including Siteman Cancer Center, Veterans Affairs St. Louis Health Care System, Barnes-Jewish Hospital, Barnes-Jewish West County Hospital, and St. Louis Children's Hospital. He received his medical degree from Washington University in St. Louis School of Medicine and has been in practice 21 years. Dr. Bhayani accepts several types of health insurance, listed below. He is one of 12 doctors at Veterans Affairs St. Louis Health Care System and one of 52 doctors at Barnes-Jewish Hospital who specialize in Urology. He has more than 100 publications and over 500 citings.